In this vision I was sitting on the threshing floor (a place the Lord has been calling me to regularly in the last few weeks).
The pressing cry that came three times was: “Let the chaff go and the wheat remain”, and then straight after that: “Lord have mercy”.
There was a desperation in me that He would blow away the chaff in my own life.
Immediately the question came: “If I blow away the chaff, where will it go?”

I then saw a lake of fire. It looked like a forest fire burning at a low level. The flames were not leaping high but were constant and the wind was constantly blowing on them keeping them at an intense heat. The flames were fueled by the substance they were burning on which seemed like thick oil.

Matthew 3:12 came to mind : “His winnowing fork is in his hand, and he will clear his threshing floor, gathering his wheat into the barn and burning up the chaff with unquenchable fire”.

Now I saw the fire being held back. There was a wall that it could not break through. There had been something built up that held back the fire.

I could hear only one word : “HOLINESS”.
With this word came the understanding that as the people of God pursue holiness, it is as if they are all turned with their backs to the fire, and they become the wall that holds the fire back.

I saw that the pursuit of holiness allows the RIVER OF GOD to flow, it keeps His people cool and flows over those around them, a cooling, healing stream.
I saw that the people of God had become TREES OF RIGHTEOUSNESS and were beginning to release life and healing to those around them, and especially to those who were huddled together terrified of the fire.
I saw the LOST. They were no longer ignorant, but were afraid as they saw the fire approaching and also saw those who stood between them and the fire.
THEIR EYES HAD BEEN OPENED TO THEIR CONDITION AND THEIR DANGER.
I saw the RIVER before my feet, it was clear and there were a few small fish swimming in it, but as I looked upstream I saw more, and larger, fish coming.
I saw God’s people STANDING in this place, and those in need coming and picking the fruit of these lives and putting it into their mouths – they were HELPING THEMSELVES to what the Lord had produced.
THE HARVEST HAD BEGUN.

I was aware of the manifestation of the sons and daughters of God, those who chose to walk by His Spirit and turn their backs on the things of this world that kept their souls comfortable.
I was aware that the pursuit of holiness is not the pointing out of the faults of others, but individually coming to the threshing floor and falling on our faces, asking Him to have mercy and remove the chaff from our lives.

We turn towards You, Father, make us Your own sons and daughters in this time. Help us to stand as Your trees with our roots in Your Word, watered by the river of Your Life, always bearing fruit.
We put our trust and confidence in You alone.
Posted by Judith Grobelny at 2:30 PM 2 comments: 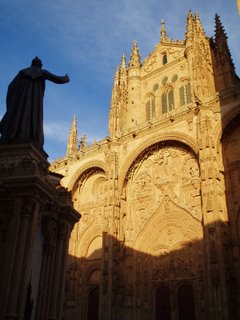 Do not lay down your tools or weapons in this time.
Many have become weary in waiting, and there are those who feel all usefulness is over.
Hearts have lost their fire, and the light of eyes has been dimmed.

He who came to baptize with the Holy Spirit and with fire is about to pour out again.
Search out the oil for your lamps.

Pray that He will strengthen you in this time.
Do not turn away, do not turn aside, but once again STAND as you have been called to do.
We are called, having done all else, to STAND.

Hold your ground for help is coming.
You will know reinforcement and new strength if you will choose to STAND.

I hear again the words of Joshua 1:6-9, especially v.9
“Have I not commanded you?
Be strong and courageous.
Do not be terrified; do not be discouraged,
For the Lord your God will be with you wherever you go.”

This is a day of great winds blowing in the heavenlies,
A day of battle, and a day of victory.
The victory has ALREADY BEEN WON, so STAND.
Posted by Judith Grobelny at 12:00 PM 2 comments:

HEAVENLINESS - A DEFENCE SYSTEM OF A NATION 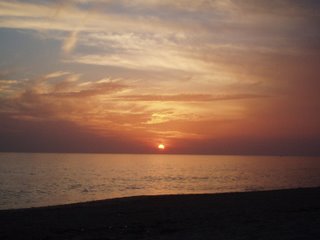 HEAVENLINESS - A DEFENCE SYSTEM OF A NATION

Heavenliness is a tremendous factor in the life of the Lord’s people. Heavenliness, which is spirituality, which is ascendancy, or elevation, and which is faith, is a tremendous factor. All that is gathered up in the concept of the heavenly city, Jerusalem. It means being on other ground than on the ground of this world, on the ground of the natural man. Oh, that the Church had maintained that position all the way through! What terrible tragedy have resulted from coming down to lower ground.

We will give an illustration of the tragedy of coming down from a heavenly position on the part of the Church. I found this written by Sir George Adam Smith. Speaking of the Moslem invasion of Syria, by which Syria and Israel became swept and dominated by Islam, he writes:”The Christianity of Syria fell before Islam because it was corrupt, and it deserved to fall”. And again: ”In an attempt by purely human means to regain her birthplace, the Church was beaten back by Islam because she was selfish and worldly.”

”In neither of these cases was it a true Christianity that was overthrown, though the true Church bears to this day the reproach, and the burden of the results. The irony of the Divine judgment is clearly seen in this, that it was on the very land where a spiritual monotheism first appeared that the Church was first punished for idolatry and materialism; that it was in sight of the scenes where Christ taught and healed, and went about doing good with his band of pure devoted disciples, that the envious, treacherous, truculent hosts of the Cross were put to sword and fire.They who in His name sought a kingdom of this world by worldly means could not hope to succeed on the very fields where He had put such a temptation from Him. The victory of Islam over Christendom is no more a problem then the victory of Babylon over Israel.”

That is a tremendous statement. What history there is in a statement like that! Perhaps the greatest problem today of Christianity, of the mission field, is Islam. I do not think there is a greater problem than Islam for the Church. Why? Well, Sir George Adam Smith puts his finger right on the cause when he says the power of Islam is due to the corruption of the Church at a given point in history; divided, selfish and worldly. Islam gained mastery because of that.How, then, would Islam be overthrown ? How would the mischief be undone? Surely by a heavenly Church, by that which has been wholly separated from this world in all means and methods, and united in one spirit as a great spiritual force, under the government of the Holy Spirit. That, and that alone, will overthrow the forces which have gained their position by reason of the unspirituality and unheavenliness of the Church.

If that applies to the whole, it applies to us individually, that spiritual power over any ground of the enemy demands detachment spiritually from the world, a close walk with God, and a heavenly life, a life which is above with Christ. The Lord lay upon our hearts the tremendous importance of this heavenly fellowship with Him from day to day, for the sake of spiritual power.

Posted by Judith Grobelny at 9:06 AM No comments: